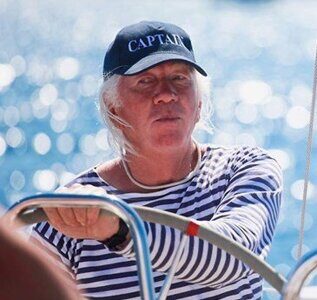 Professional coach in sailing, coach of national teams of the USSR and the BSSR, MS, ZTSSSR and ZTBSSR, students - World, European Champions, Medalists and Champions of the Olympic Games.

In the programs of cruising yachts since 2008.

The number of miles traveled is more than 10,000 meters.